June 16 (Bloomberg) -- U.S. jobless claims declined by 16,000 to 414,000, fewer than forecast, in the week ended June 11, Labor Department figures showed today. Separately, housing starts increased more than forecast in May, led by a jump in the West as other parts of the country languished. Work began on 560,000 houses at an annual pace, up 3.5 percent from the prior month, according to the Commerce Department. Michael McKee and Betty Liu report on Bloomberg Television's "In the Loop." (Source: Bloomberg) 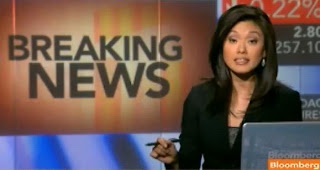