Showing posts from October, 2012
Show all

Boost Your IT CV and Land the Interview Today 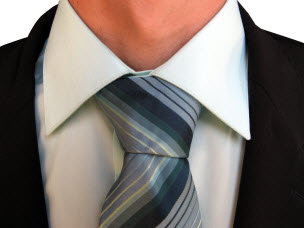 You may have an education plan in mind that can help you land your dream IT job. While Western International University degree programs can help you get the right information you need to succeed in an internet technology career, your first step is to tackle the interview. But how does one go about getting to an interview? The answer is simple: having the right CV.
What is a CV? A curriculum vitae, better known as a CV, is a piece of paper that describes your history in the profession you’re applying for. Not only does this include any direct experience you have in the field, but it also includes your education background. Depending on the length of your work experience, you may choose to put more emphasis on your education. This is especially the case if you are new to the field and are applying for entry-level positions.
Components for an IT Job While a good CV is important for any job, you have to make sure it is appropriate for the job you’re looking for. In the case of the IT ind…
Post a Comment
Read more

October 30, 2012
MADRID — One Spaniard in four is now officially out of work as the economic crisis tightens its grip on the country.

The National Statistics Institute said Friday that 85,000 more people joined the ranks of the unemployed between July and September, raising the total to 5.78 million. The figures brought the country's unemployment rate up by around 0.4 percentage points in the third quarter to 25.02 percent.

For those under 25 years of age, the unemployment rate edged down marginally to 52 percent from 53 percent in the previous quarter.

The institute said that over the past 12 months some 800,000 people had lost their jobs.

Spain is under pressure to ask for outside aid to help deal with its debts. The country is in its second recession in three years. It has already been granted a €100 billion ($130 billion) bailout facility for its troubled banks while many of its regional government are also in bad financial shape.

My English is not well - Role of proofreaders 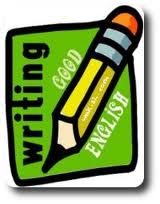 Here are some of the main skills and techniques that proofreaders require to do their work. Proofreaders need to:Scrutinise documents in minute detail in order to identify errorsIdentify the common proof errors that are often missed by writers and editorsUse a structured proofreading process to ensure error-free copyMark up copy using the classic proofreading correction marksProofread long documents patiently and without losing concentrationSpot and correct mistakes in grammar and punctuationSpot and correct errors in capitalisation and hyphenationRecognise a wide range of words and identify when they are used or spelled wronglyUse agreed (or house) style rules to ensure consistencyJudge when to change something and when to leave it as it isQuery decisively and effectively when there may be an ambiguity in the text.
Do you have any tips or techniques for effective proofreading?
Post a Comment
Read more

The report, drawn up by the Open Society Justice Initiative (OSJI) noted that children of immigrants are being segregated from native-born German pupils on the putative grounds that their German language skills are inadequate for regular classes.

“In fact, although they speak German as a second language (in most cases), their language skills generally are adequate for regular classes, but serve as a proxy for discrimination on the basis of ethnicity or other suspect criteria,” the OSJI reported.

October 27, 2012
German school kids are feeling the brunt of changes to their educational system with longer days - so one grammar school decided recently to bring in a homework ban to help pupils unwind.

Youngsters in grades five to nine at the Elsa-Brändström high school in North Rhine-Westphalia should have a lot more free time after the autumn holidays – as their school council have agreed to stop assigning homework.

Though pupils struggling in certain areas could still get the odd task to do, generally “no child would be having their free time dominated by doing school work” head teacher Brigitte Fontein told the Westdeutsche Allgemeine Zeitung on Friday.

Instead, teaching time would be used to do more work, as the school has mostly double periods, explained Fontein.

The decision was made after a longer school day was introduced at many high schools because a year was recently cut out of Germany's high school system.

Because pupils were now being kept in school until 6pm in many cases, they …
Post a Comment
Read more

Graduates to be offered £20,000 to train as computer science teachers


Graduates are to be offered £20,000 scholarships to train as computer science teachers in an initiative launched by the UK government and backed by companies including Microsoft and Facebook.

The move is part of a package of reforms aimed at overhauling computer science education, giving children the skills to write programs rather than simply focusing on word processing skills.

The education secretary, Michael Gove, announced on Friday that current information and communications technology teacher training courses will be axed from next year. Instead, ministers will offer scholarships worth £20,000 to attract high-achieving graduates to train as computer science teachers.

Teachers and industry leaders are concerned that the way ICT is currently taught in schools leaves children bored and learning little beyond the most basic digital skills.

October 23, 2012
By late afternoon scores of red women on Sam Haskell's list had turned blue: female scientists, some dead and some living, many immensely distinguished, some geniuses, but whose names have almost been forgotten even by their peers.

Up the grand marble staircase of the Royal Society in London, under the imposing gold and white library ceiling, women and a handful of men had gathered, joined by many more online across the world, to correct a gross injustice.

The list gradually changing colour on Haskell's screen represented hundreds of women scientists who have either never had a Wikipedia entry, or whose lives and work are dismissed in a stub a few lines long.

The names turning blue represented the success of a live edit-a-thon jointly organised by the Royal Society, where Haskell is digital communications officer, and Wikimedia UK – together with the promoters of Ada Lovelace Day, held every year in honour of the 19th-century mathematician, daughter of the poet Lord Byron, wh…
Post a Comment
Read more

October 22, 2012
More people are in employment in the UK than at any time since records began in 1971, rising to nearly 30m for June to August, according to official Government data.
The Office for National Statistics said the employment level rose to 29.59m for June to August, the highest since records began in January to March 1971 and up 212,000 from March to May.
The number of full-time workers increased by 88,000 to reach 21.45 million. The number of part-time workers increased by 125,000 to reach 8.13 million, the highest figure since comparable records began in 1992.
The figures also showed that unemployment fell more than expected, to 7.9pc from 8.1pc. Analysts had expected the level to remain unchanged.
The number of Britons claiming unemployment also fell unexpectedly, falling by 4,000 in September since the month before to 1.57m, the third consecutive monthly fall and the lowest total since July 2011.
Analysts had forecast an unchanged reading after a sharp fall in August, which was possib…
Post a Comment
Read more

October 21, 2012
Employment minister Mark Hoban welcomes Wednesday's 'landmark' figures showing unemployment at a 15-month low, though he says there are still 'challenges' to face. The surprise fall in joblessness sees it at its lowest rate since June 2011, while the number of people in work has hit the highest level ever recorded.
Post a Comment
Read more

German gets diploma - 40 years after enrolling

October 13, 2012
After 63 semesters spanning nearly 40 years of studying, German engineer Werner Kahmann finally managed to get his university diploma. In an interview with the Süddeutsche Zeitung he explained why it took him so long.

When Kahmann, from North Rhine-Westphalia, started his degree at the Cologne University of Applied Sciences it was 1973, Willy Brandt was still the chancellor, Watergate was setting the international media alight - and he was a full four decades younger.

While most students - especially in Germany - take a few years to complete a degree, life got in the way for Kahmann, who told the paper that he “de-matriculated and re-matriculated three times between then and now.”

Kahmann's student ID number was six figures long when he got his first card in 1973 - new students now have an eight-figure number.

“It was nice to have finally managed to get it done,” he added. Relief indeed, after sitting a grand total of 68 exams over his academic career.

As part of the Department of Immigration and Citizenship’s (DIAC) commitment to client service excellence, the department is expanding its network of AVACs to the People’s Republic of China.

“AVACs will be located in Beijing and Shanghai to provide more convenient access to immigration and citizenship services for clients in these regions,” a departmental spokesman said today.

“The introduction of the AVACs is part of a number of service delivery improvements across the region.”

In addition to the AVACs becoming operational in early September 2012, considerations are under way for possible AVACs to be opened in Guangzhou and Chengdu in 2013.

How to Boost Company Morale and Achieve a Happy Workplace 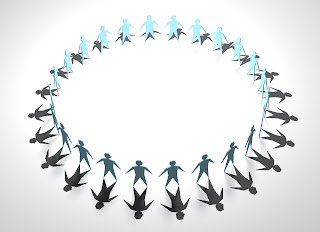 It’s no secret that the key to a successful business is a happy customer base. However, have you thought of how the morale of your employees can affect your company? Your workforce is the direct connection between your business and customers, and if they aren’t happy, your customers won’t be happy either.

When it comes to boosting company morale, some employers dismiss the idea because they are under the misconception that only larger salaries will inspire a happy workplace. While money might help some workers lead easier lives, extra cash isn’t what inspires good company morale. Instead, consider steps that can help boost morale without making your business fold from excess spending.
Frequent Appreciation We work to make money—this is a fact of life. For this reason, your employees will show up to work so they can earn their paychecks. At the same time, however, this doesn’t mean that work shouldn’t be enjoyable, and that your workers’ efforts should go undetected. By expressing app…
Post a Comment
Read more

Process of acquiring a global visa to travel to USA

Come September 26 and as per Washington's new visa processing system, applicants seeking a US visa will have to seek two appointments, one for biometric collection and the other for interview.

Applicants will have to seek separate appointments, either online or by phone, from the US embassy or Consulate as per the new system, Josh Glazeroff, Consul General of US Embassy in India said here today.

The biometric collection will be done at an Offsite Facilitation Centre (OFC) while the interview will be held at the US Embassy or consulate, Glazeroff said.

Once the finger prints are given, processing of visa application will be completed within 30-40 minutes the next day, he said, asserting that taking of finger-prints will be once in a lifetime process.