The comments from Chandy came after he had reviewed arrangements at the special visa counter at Thiruvananthapuram International Airport, which became operational on Aug. 15.

Speaking to reporters, Chandy said plans for the next phase of expansion of the city airport were progressing well.

About 250sq.ft for a holding area had been set aside in the immigration section and exclusive visa desks have been set up manned by Intelligence Bureau officials.

Special enclosures for photographing visitors and foreign exchange counters have been set up at the facility.

The Thiruvananthapuram and Kochi airports are among eight in India to offer the tourist visa on arrival. It was rolled out in the first phase in Delhi, Mumbai, Kolkata and Chennai.

Two other airports that got the facility in the second phase are Bangalore and Hyderabad. Kerala is the only state to have two airports offering the service.

These countries are markets where Kerala Tourism sees vast potential and is beginning to make significant inroads.

For instance, tourist arrivals from Japan rose by around 56 per cent in five years to 11,440 in 2012. Arrivals from Finland more than doubled over the period to 5,160 last year.

Tourist arrivals from New Zealand, Singapore and the Philippines have also risen by between 75 per cent and 90 per cent since 2008.

Anil Kumar said that the special scheme, although limited to 11 countries at present, had opened up new avenues for Kerala Tourism.

"The department of tourism will take the campaign to these countries... We will take part in travel fairs and take our roadshows there to tell people how convenient it is to visit Kerala," Kumar said.
at August 30, 2013 No comments: 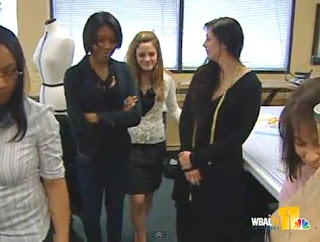 The immigration policy requiring international student graduates to be in management positions before they can be considered for residency is flawed and partly to blame for widespread migrant fake job scams, an AUT researcher says.

Multiple cases involving the sale of fake and non-existent senior position jobs to migrant workers are being investigated by the Labour Inspectorate.

Researcher Danae Anderson said the practice was widespread and many of the students who paid for the jobs end up as victims of labour exploitation.

"There are not jobs out there for the locals, and Immigration's requirement of a management level job ... is simply impossible, especially for those who do not have local work experience and whose English is not up to scratch," Ms Anderson said.

"The real problem here is that the policy is flawed and the expected level at which these graduating international students are to enter the job market is unrealistic.

"Many have become victims of exploitation as a result, being held ransom by employers because of their visa conditions and paying thousands of dollars for non-existent and fake management position jobs."

Immigration New Zealand rejects Ms Anderson's claim that the skilled migrant policy, which requires migrants to obtain skilled or managerial jobs before they can be approved residence, is flawed.

Under the graduate job search work scheme, students who have completed their qualifications in New Zealand are given up to 12 months to find a job and apply for a further visa.

"The purpose ... is for students to gain work experience that may enable them to obtain the skilled job and thereby qualify for residence,"said agency spokesman Marc Piercey.

"It is our view that the policy is not flawed. New Zealand rightly selects only the best and most skilled people for residence."

Mr Piercey said the requirements were there to ensure migrants made "maximum economic contribution here, add to New Zealand's overall skill base and do not compete for lower-level jobs with New Zealanders".

He said the agency was aware that some with unrealistic expectations were vulnerable to abuse by unscrupulous employers and others.

Since the Herald report about complaints to the Employment Relations Authority about E-Advance Limited, a company which helps international student graduates find jobs, more complainants have come forward.

It is alleged that the company has a "pay your own wage" scheme, where employees pay the company a lump sum on the understanding that it would be repaid as wages and taxes as proof of employment to help them gain residency.

One worker, originally from Sri Lanka, paid the company a job search fee of $10,000 and a further $5000 for broker and training services for his warehouse assistant administrator job.

Migrant workers union Unemig said fresh complaints are expected to be filed against the same employer this week.
at August 26, 2013 No comments: 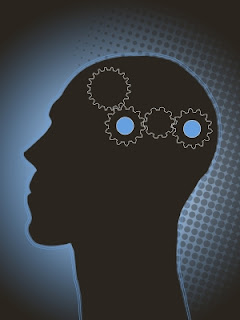 The Black unemployment rate in July dipped to 12.6 percent, its lowest level since January 2009 according to the US Bureau of Labor Statistics.

The BLS also reported that since August 2012 the unemployment rate for adult black men (those older than 20) remains below its 14.4 percent level in January 2009 and was reported at 12.5 percent in July. More importantly, the share of black men holding jobs continues to rebound from its record low of 56.5 percent in 2011 to 59.2 percent, almost equal its level of 60.4 percent in January 2009. That was the good news.

The bad news was that the unemployment rate for adult black women (those older than 20) remained above its January 2009 level (though it did fall to 10.5 percent) and the share of adult black women holding jobs, at 55.5 percent, is not showing much movement to return to its January 2009 level of 57.9 percent. Since more than half the black workforce is female, it means the labor market news was mixed at best.

Today, 60 percent of black men in the labor force (those employed or actively looking for work) are older than 35. This is the group with the lowest unemployment rate, suggesting the rate today is lower than would have been the case in 1972 and 1983 when younger workers remained a bigger share of the Black labor force. So this complicates comparing unemployment rates across time, making it a paradox that Black unemployment is high with such a high share of older workers.
at August 26, 2013 No comments: 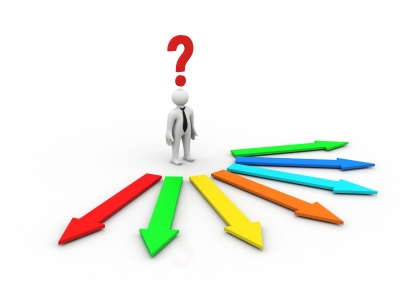 Civil liberties advocates said Wednesday they have uncovered a government program to screen immigrants for national security concerns that has blacklisted some Muslims and put their U.S. citizenship applications on hold for years.

The American Civil Liberties Union of Southern California said in a report that federal immigration officers are instructed to find ways to deny applications that have been deemed a national security concern. For example, they'll flag discrepancies in a petition or claim they failed to receive sufficient information from the immigrant.

The criteria used by U.S. Citizenship and Immigration Services to blacklist immigrants are overly broad and include traveling through regions where there is terrorist activity, the report said.

The ACLU learned about the program through records requests after detecting a pattern in cases of Muslim immigrants whose applications to become American citizens had languished.

``It is essentially creating this secret criteria for obtaining naturalization and immigration benefits that has never been disclosed to the public and Congress hasn't approved,'' said Jennie Pasquarella, an ACLU staff attorney and the report's author.

``I feel like ultimately this is just about politics. They don't want to be seen as having granted citizenship to somebody who's going to be the next Boston bomber,'' she said.

It was not immediately clear how many immigrants have been reviewed under the program, which began in 2008 and is formally known as the Controlled Application Review and Resolution Program.

Christopher Bentley, a spokesman for Citizenship and Immigration Services, said the agency routinely checks the background of immigrants applying for benefits and puts the country's safety, and the integrity of the immigration system, first.
at August 25, 2013 No comments: 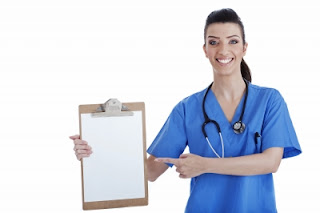 Collaboration between Australia and Canada has resulted in more than 100 countries now having access to eMedical, the Department of Immigration and Citizenship’s (DIAC) new electronic health processing system that enables more efficient and cost-effective visa processing.

eMedical is an updated and improved version of the former ‘eHealth’ system used to record online the health examination results of visa applicants who complete their examinations for both DIAC and Citizenship and Immigration Canada (CIC).

“Increased use of eMedical will result in substantial benefits to DIAC and our clients, including improved client service, enhanced integrity and significant financial savings,” a DIAC spokesman said today.
DIAC has been working closely with CIC since early 2011 to progress this ground-breaking initiative and reached the 100-country milestone mid-year. The shared aim of eMedical was to increase the efficiency of both organisations’ visa processing, while sharing support and development costs. It will make the respective immigration medical exam systems more secure, reduce the possibility of error, protect applicants’ privacy and save applicants time.

The project demonstrated what can be achieved in practical terms when Five Country Conference (5CC) partners – Australia, United Kingdom, United Sates, Canada and New Zealand – work together.
“Ultimately, we hope other 5CC member countries will use eMedical to streamline processes globally for clients and immigration panel physicians,” the spokesman said.

The eMedical system was released for Australian immigration health examinations in 2012. About 120 000 Australian health cases have been processed through the new system.

“About 78 per cent of Australian eMedical cases are now being auto-cleared, with the results available in minutes and no manual intervention needed, allowing visa processing to continue immediately,” the spokesman said.

In another initiative, DIAC will also release its new My Health Declarationsservice, which for the first time will enable clients to complete immigration health examinations electronically before lodging their visa application to further facilitate quicker processing times.

Information on this new service and other developments in the immigration health systems space will be available on DIAC’s website from June 30.

How to Guarantee a Job for Every American + more articles

The first group of asylum seekers subject to the Australian Government’s new Regional Settlement Arrangement (RSA) has been sent to Manus Island in Papua New Guinea.

This first transfer to Manus Island, which comprised Iranian, Afghan and Pakistani men, sends the clearest possible message that coming to Australia by boat is not the way to gain Australian residency.

Under the new arrangement signed with PNG on 19 July 2013, unauthorised arrivals will be sent to PNG for assessment and, if found to be refugees, will be settled there.


First transfer to Manus Island under the Regional Settlement Arrangement

The first group of 40 people have departed Christmas Island on July 31 for Manus Island, Papua New Guinea, formally bringing into effect the Regional Settlement Arrangement agreed on July 19.Refugee claims from the single adult men will be assessed under PNG law and, if found to be refugees, the men will be settled in PNG.This demonstrates that if you come to Australia by boat without a visa, you will not be settled here.Transfers to the Manus Island Regional Processing Centre will continue regularly.
at August 01, 2013 No comments: