Showing posts from February, 2013
Show all

What is the pass mark for the points tested visas? 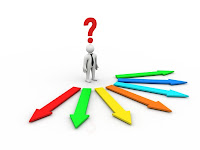 A points test pass mark exists for the points tested skilled migration visas and the business innovation and investment visa.

The business innovation and investment visa - subclass 188, has an innovation points test pass mark of 65 points.

More information on the points test can be found on the visa subclass pages.

The Top 10 companies benefitting from H-1B visas are offshore outsourcers, a US publication reported Tuesday, prompting an eminent American engineering organisation to seek a review of the ongoing immigration reforms.

"The data shows: Top H-1B users are offshore outsourcers," and Computerworld found that, "based on the US Citizenship and Immigration Services (USCIS) data analysed, the major beneficiaries of the proposed increase in the cap would be pure offshore outsourcing firms".

"The analysis comes at a time when a bill before Congress, the "Immigration Innovation Act," would expand the H-1B visa programme from 85,000 visas to more than 4,00,000 annually," Computerworld said.

"This confirms that H-1B visas facilitate the transfer of high-skill, high-paying American jobs to other countries.

Congress should pass laws that create US jobs, not destroy them," said Marc Apter, president of the Institute of Electrical and Electronics Engi…
Post a Comment
Read more

What is the Career Test?

Career Tests are tests to measure your characteristics, such as: aptitudes, interests, values, and personality.

It will help you to find out which careers suit you best.

Are you ready to start the test?

The test has seven questions and should take between 5-10 minutes. It was developed by psychometric specialist Neil Scott of Cassin-Scott Associates. If you are ready, click here to start your career test!
Post a Comment
Read more 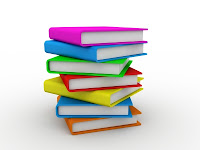 Applications for the first round of 2013 Special Education Study Awards and Speech Language Therapy Scholarships are now closed.

The second round of applications for the following study awards has now also closed. All applicants will be notified of the results by 7 December 2013.

Hearing ImpairmentVision ImpairmentSpecial Teaching NeedsEarly Intervention
If you are appointed as a Resource Teacher Learning and Behaviour (RTLB) after the closing date of 9 November, you can still apply for the RTLB study award. We will be able to allocate RTLB study awards as long as you meet fit with the eligibility criteria, that you can still enrol into the course and that we have still funding available.

Further application rounds may be confirmed later so please check back to this website.

Please note: the eligibility criteria, terms and conditions and the value of the awards and scholarships are subject to change at the Ministry of Education's discretion. 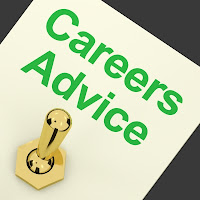 It seems that there is yet another way in which the new generation differs from the older — the advent of career and education counselling. Typically, it was customary for parents, or even the children, to choose the ‘correct’ career path — one that would balance both emotional and financial well-being.

Career counseling, career guidance and career coaching are similar in nature to other types of counseling or coaching, e.g. marriage or psychological counseling. What unites all types of professional counseling is the role of practitioners, who combine giving advice on their topic of expertise with counseling techniques that support clients in making complex decisions and facing difficult situations. The focus of career counseling is generally on issues such as career exploration, career change, personal career development and other career related issues.

Counselling started out primarily as a way for young college-students to explore their passions, and thereby find a way…
Post a Comment
Read more

If you're a graduate or undergraduate and want to be an Early Childhood teacher, a TeachNZ Early Childhood Education (ECE) scholarship may be just what you’re looking for. There are two types of Early Childhood Education Scholarships available this year. The ECE Graduate and Undergraduate scholarships are for those who would like to train as early childhood teachers and have experience working with either Māori or Pasifika communities. The ECE Maori and Pasifika language scholarships are for those who are fluent speakers of te reo Māori or a Pasifika language and want to teach in the early childhood sector. Applications for these scholarships open 1 February 2013 and close 4 March 2013. Scholarships cover core study fees and an allowance of $10,000 over the period of study. These scholarships are for people who will either commence or continue their study in the 2013 academic year. If your study year starts in Semester 1, you'll need to be enrolled in an approved ECE teacher …
Post a Comment
Read more 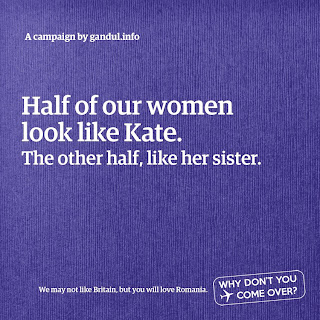 Bulgaria and Romania are due to accede to the EU later this year, providing all citizens with the full benefits of membership, including the Freedom of Movement. This means citizens of either country will be able to live and work in the UK without the need for a UK visa.

The last time several Eastern European countries acceded to the EU - Poland, Latvia and Lithuania in 2004 - UK immigration rates soared and concerns have been raised that a similar scenario could occur later this year or early 2014, placing further strain on already struggling public services.

While there is still some contention over the effect the accession will have - the Government have so far refused to release official estimates - reports early this week suggested the Government was considering a negative ad campaign designed to deter Romanians and Bulgarians.

The ads - which were quickly derided and dismissed by politicians - were supposed to feature a dreary Britain with a rainy, cold climate and little oppor…
Post a Comment
Read more

A bipartisan group of top US Senators has introduced a legislation in the Senate aiming at several changes in immigration norms, including doubling of H-1B visa cap and establishing a market-based escalator.

The other proposed measures include recapturing of unused Green Card numbers, eliminating country cap and recommending a series of new provisions to provide legal permanent residency to talented and brilliant.

Introduced by Senators Marco Rubio, Orrin Hatch, Amy Klobuchar, the The Immigration Innovation (I2) Act of 2013 proposes to increase H-1B cap from 65,000 to 115,000 and establish a market-based H-1B escalator, so that the cap can adjust to the demands of the economy.

The bill includes a 300,000 ceiling on the ability of the escalator to move.

If the cap is hit in the first 45 days when petitions may be filed, an additional 20,000 H-1B visas will be made available immediately.

If it is hit in the first 60 days when petitions may be filed, an additional 15,000 H-1B visas will…
Post a Comment
Read more
More posts