Showing posts from July, 2012
Show all

July 31, 2012
Australia: ABORIGINAL employment rates have slumped in the past five years, despite unprecedented efforts by the public and private sectors to increase indigenous workforce participation.

The Bureau of Statistics estimates that just 46.4 per cent of adult Aborigines and Torres Strait Islanders had a job last year. That was a slight rise from 45.6 per cent in 2010 but well below the peak of 50.4 per cent in 2006.

The figures suggest that despite federal government intervention, numerous programs and private sector initiatives, indigenous participation in the workforce since 2006 has shrunk, not grown.
On these figures, for every 100 people added to the adult Aboriginal population in the past five years, only 22 had a job, while 78 were unemployed or outside the workforce.

Researchers have challenged the bureau's figures, which are complicated by the end of the Community Development Employment Program in remote communities. The program was essentially a work for the dole program, bu…
Post a Comment
Read more

July 30, 2012
Unemployment has declined for a fourth successive month to its lowest level since last summer – 2.58 million people – as the Olympics helped offset the flat-lining economy and continued turmoil in the eurozone.

The Office for National Statistics said the number of people looking for work had fallen by 65,000 in the three months to May, driving the unemployment rate down to 8.1%, from 8.3% three months earlier. The ONS said the strong performance of London – with the capital registering 61,000 more people in employment over the period – indicated an Olympics link.

Falling unemployment will be welcome news for George Osborne, whose economic policies have come under fierce scrutiny after the International Monetary Fund slashed its growth forecast for the UK this year to just 0.2%.

July 30, 2012
Madrid: Spain's economic crisis continued to take its toll on employment in the second quarter, with the jobless rate edging up to 24.6 percent overall and more than 53 percent among youth.

Those figures - up from 24.4 percent and 52 percent in the previous quarter - mean unemployment in Spain remains the highest among the European Union's 27 member states, whose average jobless rate is 10.3 percent.

The latest results from the National Statistics Institute's EPA workforce survey reveal the human cost of the country's recession-mired economy, as the ranks of the unemployed swelled by 53,500 people between April and June to a record total of 5.69 million.

The statistics are even bleaker considering businesses traditionally take on workers in those months as they prepare for the start of the summer tourist season.

According to the EPA figures, the unemployment rate at the close of the second quarter already reached the level the government had projected for the end of th…
Post a Comment
Read more 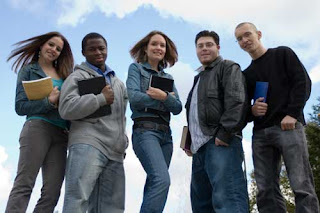 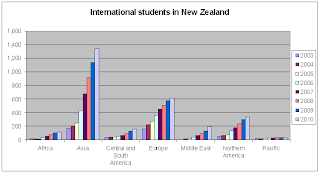 Angry birds in the workplace

July 10, 2012
In journalism, a little anger is par for course. Or so I was told at the time of my internship with a newspaper. This, right after a senior editor had devoured and spat out a correspondent in the aisle for not submitting a story on time.

The reasons: the daily deadline pressure, competitive environment and a constant rat race. Since then, we all have witnessed a number of public dressing downs, spats and general shouting. So much so, most of us don't even blink an eye now and surely, some of us secretly miss it!

But corporate rage hasn't really been studied. It's difficult to measure and its adverse impact hard to quantify. In fact, there have been studies that prove how a little anger laced with sarcasm actually improves productivity. The study published in the Journal of Applied Psychology tested how hearing different types of customer service calls affected students and their ability to perform. The study shows that people who were exposed to anger and sarcasm worked h…
Post a Comment
Read more

The reporting agency said the jobless rate fell from 7.3 per cent in the previous month to 7.2 per cent in June as full-time jobs increased by 29,300 and part-time employment fell by 22,000 positions.

In addition, the number of hours worked increased by 0.4 per cent and hourly wages rose 3.4 per cent on an annual basis, up from May's 3 per cent.

It was the second month in a row that Canada saw minimal job gains after two stunning months - March and April - when the economy added 140,000 jobs, the biggest two-month gains in over 30 years. May saw an addition of 7,700 jobs.

Despite the size of the earlier increases in March and April, analysts still said it is good news that the gains were confirmed by May and June's numbers, rather than reversed.

"I'm never going to complain about a dip in the unemployment rate, and we did ha…
Post a Comment
Read more

Romney VS Obama Speeches After Jobs Figures Are Released

'A kick in the gut': Romney slams Obama for sluggish employment figures after as President insists June's 80,000 new jobs are a 'step in the right direction'.

President Barack Obama has hailed a jobs report that revealed that unemployment remained at 8.2 per cent, the third consecutive month of weak employment growth, and triggered a plunge in stocks as a 'step in the right direction'.

US Labour Department statistics for June showed that just 80,000 jobs were added to the economy in June, 10,000 below the already pessimistic consensus among economists and just 3,000 more than the paltry 77,000 in May that sent unemployment back up to 8.2 per cent.

Unemployment has now been at 8 per cent or higher for 41 months, the longest period of such levels since the Great Depression.

The US gained just 225,000 jobs in the past three months, fewer than in January alone and the weakest quarter of job growth for two years. If 2.5 million people who have given up searchin…
Post a Comment
Read more

Data published yesterday by the Higher Education Statistics Agency (Hesa) revealed that of those who found work in 2010-11, 75% of Welsh university students got jobs in Wales.

The rest were employed in England, where the starting graduate salary was up to £3,000 higher.

By comparison, 98% of English graduates and 86% of Scottish graduates who gained employment did so in their own countries.

Ms Burns, Conservative AM for Carmarthen West and South Pembrokeshire, said: “This taxpayer-subsidised ‘brain drain’ is symptomatic of a lack of opportunities for young people in parts of Wales.

“Over 13 years of successive Labour governments, not enough action has been taken in many Welsh communities to nurture economic growth and create jobs.

Despite economy is growing, more signs of slowing jobs growth

July 03, 2012
Despite some data showing the Australian economy is growing strongly, it may not be growing strongly enough to match the growth in the number of people wanting jobs.

New official figures show the number of job vacancies has dropped to a two-year low.

This won’t be news to the Reserve Bank, which convenes its monthly monetary policy next week. In the minutes of its June 5 board meeting, released last week, the RBA said ‘‘the unemployment rate was still expected to move somewhat higher over the coming quarters’’.

The day after the meeting, the Australian Bureau of Statistics (ABS) released the March quarter national accounts.The figures showed unexpectedly strong growth in gross domestic product (GDP) in real terms, 1.3 per cent from the quarter before and 4.3 per cent from a year before. In both cases they were well above long-term averages of around 0.8 per cent and 3.3 per cent, respectively.

There are signs that the pickup in growth has spilled over into job-creation. The trend in e…
Post a Comment
Read more

Number of graduates in basic jobs doubles in five years

July 02, 2012
UK government statistics showed that the number of new  graduates working in jobs like cleaning or bar work has almost doubled to 10,000 in five years.

The figures, from the UK Higher Education Statistics Agency, also showed more than 20,000 were still out of work six months after leaving university. Overall the data showed 71% in work and a further 16% in continued study.

The figures showed 9% of new graduates were jobless six months after completing their degree in 2010-11.

This was the same proportion as the year before but almost double that for 2006-7 when the figure stood at 5%.

A further 5% were working in jobs such as labourer, courier, office junior, hospital porter, waiter/waitress, bar worker, cleaner or road sweeper - up from 3% five years ago.

The figures also showed a continuing rise in the numbers employed in sales and customer-service roles, such as sales assistant,…
Post a Comment
Read more 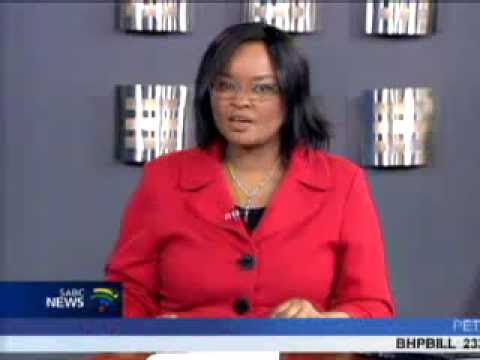 Labour laws on temporary and agency employment have contributed largely to a drop in employment figures. See details..

July 01, 2012
A report appeared in the Telegraph (telegraph.co.uk) says that more than 20,000 degree students – almost one-in-10 – who left university last summer were without a job six months later.

Figures show that the number of unemployed graduates has increased by around 1,300 in 12 months and more than 9,000 in just four years. This was almost double the number in 2007 before the recession struck.

The university leavers are forced to take up “elementary” positions because of a shortage of well-paid graduate jobs during the recession, it was revealed.

Of those in work, 14 per cent of ex-students were in sales and customer service positions, including sales assistants, market traders and call centre staff. Nine per cent were in administrative jobs and seven per cent were in elementary occupations, figures show.
However, almo…
Post a Comment
Read more
More posts