Showing posts from March, 2013
Show all

Wisconsin jobs and unemployment up in latest federal monthly report

Wisconsin added 12,100 jobs in February but saw its unemployment rate rise, according to figures released Friday by the U.S. Bureau of Labor Statistics.

The data, part of the Current Employment Statistics report, showed Wisconsin with a statistically significant gain of 0.2 percent in employment between January and February.

Since Gov. Scott Walker took office in January 2011, the state has added 64,500 jobs, according to the seasonally adjusted federal number…
Post a Comment
Read more

Why Student Travel can Help Bring Academic Subjects to Life 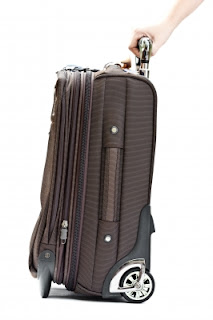 Experiencing a subject beyond the confines of the lecture theatre can help to bring it alive which means that university and college travel is an important part of the learning experience.

Whatever subject they're studying, students can see a boost in their learning by experiencing the subject matter at first hand away from the academic environment. An educational trip can help them see things in a different light and provide valuable practical learning that will show real benefits later in their course.

Student travel tours have benefits for a wide selection of subject areas from art and design through business and history to zoology, a complete A-Z of academic subjects. Many courses benefit from the opportunity to examine their subject matter at first hand. For architecture and planning students for example it's invaluable to see how buildings fit into their environment. Cities like London demonstrate a mix of new and o…
Read more

London: British Prime Minister David Cameron Monday unveiled further plans to tighten rules for foreigners in the country, even as the department in charge of tackling immigration came under severe criticism for its inability to clear backlogs of over 300,000 unresolved immigration cases.

Migrants are to lose their right to benefits after six months unless they "have a genuine chance of finding work", Cameron wrote in an article in The Sun ahead of a major speech on immigration, which also sets out steps to restrict the rights of some immigrants to social housing in the country.

Meanwhile, the UK Border Agency (UKBA) came under attack from the Home Affairs Select Committee for its inability to clear backlogs of unresolved immigration cases.

In its latest report into the immigration agency released here Monday, the committee in charge of examining the administration of the UK Home Office and its associated bodies said that for six years the UKBA had repeatedly supplied incor…
Post a Comment
Read more 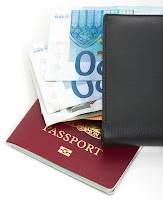 The Ministry of Manpower (MOM) recently took actions against the sole proprietor of Sunlight Employment Agency who submitted 16 work pass applications on behalf of an unlicensed employment agent. She was paid $200 for every successful application made and $30 for every unsuccessful application. This is the first EA to be convicted for such an offence since the revised Employment Agencies Act (EAA) came into effect in April 2011. The 56-year-old Singaporean EA was fined $30,000 in default to one month's imprisonment. Under the EAA, it is an offence for any EA personnel of a licensee to submit a work pass application to the Controller of Work Passes on behalf of any person who has not obtained an EA licence. Those convicted face a fine not exceeding $80,000 or a jail term not exceeding two years or to both. In addition, the errant EA will have its licence revoked. An EA which has its licence revoked will also be barred from operating an EA in future. Access to the work…
Post a Comment
Read more

The much sought after US H-1B visa programme, particularly among Indian technology graduates, discriminates against women, a Congressional Committee was told, citing that workers coming to America under the scheme were mostly men.

"My own experience tells me that the vast majority of H-1B workers are men. Everybody knows this in the US, where outsourcing companies get more than half the capped H-1B visas, the ratio is more like 85 per cent men. That's outrageous," Karen Panetta, a senior official with the Institute of Electrical & Electronics Engineers-USA told Senators at a Congressional hearing.

At the hearing on, "How Comprehensive Immigration Reform Should Address the Needs of Women and Families" convened by the Senate Judiciary Committee, Panetta alleged the Department of Homeland Security (DHS) is not providing data related to how many women were issued the H-1B visas.

"Why doesn't DHS already know exactly how many women get H-1B visas? If a…
Post a Comment
Read more

Washington: Senate negotiations on revamping the U.S. immigration system are stalled over wages for future low-skilled foreign workers such as construction laborers, cooks, janitors and hotel maids, sources familiar with the talks said on Friday.

Bipartisan talks aimed at producing a comprehensive immigration law - including a path to citizenship for undocumented immigrants and a new process for controlling the flow of temporary workers - have been underway for months and were close to producing a bill. There were conflicting versions of the disagreement.

According to one source who asked not to be identified, the eight senators involved in the discussions had tentatively agreed on a plan to govern wage levels for low-skilled foreigners who would be given visas to work in the United States temporarily.

The source said Democrats presented a plan and Republicans accepted it, but when senators showed it to the AFL-CIO, the labor union federation said no.

Australian Prime Minister Julia Gillard today backed a recent crackdown on alleged abuse of foreign temporary work visas, saying that the changes in visa scheme would get the "out of control" system back on track.

Under the 457 visa scheme, Australian employers can sponsor qualified overseas workers to the fill nominated positions for up to four-years, if the vacancy cannot be filled locally.

When asked about the government's recent crackdown on alleged abuse of foreign temporary work visas, including reducing the number of applications that can be made under the scheme and requiring businesses to demonstrate a genuine skill shortage in their area of operations, Gillard said Australian workers should come first.

"We inherited from the previous government a 457 temporary foreign worker visa programme that was totally out of control, and every step of the way we have been putting in place new conditions to crack down on the rorts," Gillard said in Eastern Creek …
Post a Comment
Read more

US immigration: Give Green Card to STEM students, say lawmakers

Testifying before the House Subcommittee on Immigration Policy and Enforcement of the House Judiciary Committee, Bruce A Morrison, of the Morrison Public Affairs Group, argued for making green card a convenient route for sponsoring employers and eliminate the need to rely on the H-1B status for a long period, if at all.

Morrison recommended creating a category for advance degree STEM graduates from high quality American universities and move them out from the green card caps.

Considering imposing fees on their immigrant petitions to fund STEM education for Americans, Morrison among other things called for eliminating per-country limit on employment-based visas, recognising that the biggest talent pools come from the biggest countries in the world - India and…
Post a Comment
Read more

Migrants and housing in the UK 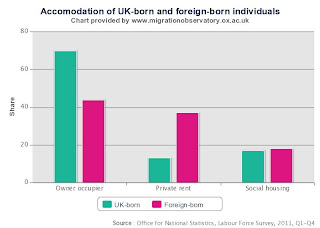 This briefing reviews the statistical and research evidence on migrants’ experiences in and impacts on the UK housing system. Related documents Briefing - Migrants and Housing in the UK - PDF Key PointsThe foreign-born population has significantly lower ownership rates (44% were homeowners in 2011) than the UK-born (70%).The foreign-born population is three times as likely to be in the private rental sector (37% were in this sector in 2011), compared to the UK-born (13%).Recent migrants (i.e. those who have been in the UK for five years or less) are more than twice as likely to be renters (76% were in the private rental sector in 2011), compared to other migrants. Those migrants who have been in the UK longer tend to have accommodation similar to that of the UK-born.UK-born individuals and foreign-born individuals have similar levels of participation in social housing (about 17% of UK-born individuals and 18% of foreign-born individuals were in social housing during 2011). A foreign c…
Post a Comment
Read more

Vince Cable has been a long-standing critic of the government's immigration policies in view of the economic benefits associated with foreigners from countries including Asia.

"Their growth is essential to job creation and national economic recovery, as is the emergence of a new generation of Asian entrepreneurs," the Liberal Democrat minister said during the launch here yesterday of the National Asian Business Association, a new coalition of regional British Asian business groups.

There are around 50,000 British Asian businesses in the UK, with the Tata Group leading the charge as one of the country's largest manufacturers and employers in the sector.

Referring to British Asians as "probably the most entrepreneurial section of the British public", Cable said: "We want inward investment and the technology that goes with it."

The Lib Dem leader, part of the country's Tory-led coalition government, has often turned the spotlight on "irrati…
Post a Comment
Read more

Social Science: What kind of careers can I pursue with my program/major?

A frequent question among Social Science students is “What can I do with my degree?” While many students expect that there are a very limited number of career options, the reality is that what you decide to do after graduation is not necessarily dictated by your program/major.

There are some careers that have gated entry points and require specific educational requirements. For example, if you wish to become a Chartered Accountant, there a number of accounting courses you will need to complete and exams to pass. However, with most areas of study you will acquire a broad range of skills that easily translate into a multitude of careers.

Making the transition from University to career is a process that may involve many steps. Each person’s experience and level of need is very individual and there are multiple resources to assist you in making good decisions.

For more on careers that are related to your area of study check out our “What can I do with my studies in…” below. The careers li…
Post a Comment
Read more

The Fiscal Impact of Immigration in the UK

This briefing explores the conceptual and methodological issues related to estimating the fiscal impact of immigration and provides an overview of the existing estimates for the UK and other countries.


Key PointsThe net fiscal impact of immigration is typically estimated as the difference between the taxes and other contributions migrants make to public finances and the costs of the public benefits and services they receive. This impact depends on the characteristics of migrants, their impacts on the labour market and the characteristics and rules of the welfare system, among other factors.
More...In theory, migrants who are young, skilled and doing highly-paid jobs are likely to make a more positive net fiscal contribution than those with low skills and low labour market participation rates.
More...For the UK (and most other countries), the majority of studies conclude that the overall net fiscal impact of immigration is positive but small. However, results are subject to key assumptio…
Post a Comment
Read more
More posts