Becoming an American can be bad for your health 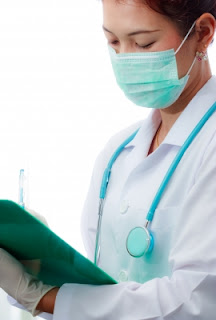 A growing body of mortality research on immigrants has shown that the longer they live in the US, the worse their rates of heart disease, high blood pressure and diabetes. And while their American-born children may have more money, they tend to live shorter lives than the parents.

The pattern goes against any notion that moving to America improves every aspect of life. "There's something about life in the United States that is not conducive to good health across generations," said Robert A Hummer, a social demographer at the University of Texas at Austin. For Hispanics, now the nation's largest immigrant group, the foreign-born live about three years longer than their American-born counterparts, several studies have found.

Why does life in the United States—despite its sophisticated health care system and high per capita wages—lead to worse health? New research is showing that the immigrant advantage wears off with the adoption of American behaviours—smoking, drinking, high-calorie diets and sedentary lifestyles.

In Brownsville, Texas, a worn border city studded with fast-food restaurants, immigrants say that happens slowly, almost imperceptibly. In America, foods like ham and bread that are not supposed to be sweet are. And children lose their taste for traditional foods.

For the recently arrived, the quantity and accessibility of food speak to the boundless promise of the United States. Esther Angeles remembers being amazed at the size of hamburgers—as big as dinner plates—when she first came to the United States from Mexico 15 years ago. "I thought this is really a country of opportunity," she said. "Look at the size of the food!" The excitement of big food eventually wore off, but the frantic pace of the modern American workplace took over. She found herself eating hamburgers more because they were convenient and she was busy in her 78-hour-a-week job as a housekeeper. What is more, she lost control over her daughter's diet because, as a single mother, she was rarely with her at mealtimes.

Robert O Valdez, a professor of family and community medicine and economics at the University of New Mexico, said, "All the things we tell people to do from a clinical perspective today—a lot of fiber and less meat—were exactly the lifestyle habits that immigrants were normally keeping."

As early as the 1970s, researchers found that immigrants lived several years longer than American-born whites even though they tended to have less education and lower income, factors usually associated with worse health. That gap has grown since 1980. Less clear, however, was what happened to immigrants and their American-born offspring after a lifetime in the US.

Evidence is mounting that the second generation does worse. Elizabeth Arias, a demographer at the US National Center for Health Statistics, has made exploratory estimates based on data from 2007 to 2009, which show that Hispanic immigrants live 2.9 years longer than American-born Hispanics. The finding, which has not yet been published, is similar to those in earlier studies. Still, Arias cautioned that subsequent generations—for example, grandchildren and great-grandchildren—may indeed improve as they rise in socio-economic status, which in the United States is strongly co-related with better health.

Other research suggests that some of the difference has to do with variation among American-born Hispanics, most of whom still do better than the rest of the American population. Puerto Ricans born in the continental United States, for example, have some of the shortest life spans and even do worse than whites born in the United States, according to research by Hummer, dragging down the numbers for American-born Hispanics. But Mexican immigrant men live about two years longer than Mexican-American men, according to the estimates by Arias. A 2006 analysis by Gopal K Singh, a researcher at the US Department of Health and Human Services, and Robert A Hiatt, a professor of epidemiology and biostatistics at the University of California, San Francisco, found that immigrants had at least a 20 per cent lower overall cancer mortality rate than their American-born counterparts. Mortality rates from heart disease were about 16 per cent lower, for kidney disease 18 per cent lower, and for liver cirrhosis 24 per cent lower. Still, immigrants were worse off in the US.

The county in which Brownsville is situated, Cameron, has some of the highest rates of obesity and diabetes in the country. The numbers are made worse by a lack of physical activity, including walking. Immigrants said they felt so conspicuous during early attempts to walk along the shoulder of the roads that they feared people would suspect they were here illegally.
By Thripthi Krishna Mohan at June 03, 2013