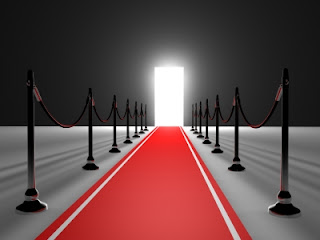 Washington: The United States Senate has passed the landmark comprehensive immigration reform bill that will provide a pathway to citizenship to some 11 million illegal immigrants, including over 240,000 Indians.

The landmark legislation of the Obama administration received bipartisan support as it passed Thursday with 88 votes for and 32 votes against it. The bill now moves to the House of Representatives before it can be sent to US President Barack Obama to sign it into law.

However, the bill retained killer provisions when it comes to H-1B Visas that would badly hit Indian companies in the United States.

"Today with a strong bipartisan vote, the United States Senate delivered for the American people, bringing us a critical step closer to fixing our broken immigration system once and for all," Obama said in a statement.

"If enacted, the Senate bill would establish the most aggressive border security plan in our history," he said.

"It would offer a pathway to earned citizenship for the 11 million individuals who are in this country illegally a pathway that includes passing a background check, learning English, paying taxes and a penalty, and then going to the back of the line behind everyone who's playing by the rules and trying to come here legally," Obama said.

"It would modernise the legal immigration system so that it once again reflects our values as a nation and addresses the urgent needs of our time. And it would provide a big boost to our recovery, by shrinking our deficits and growing our economy," he said.

However, the Speaker of the House of Representatives, John Boehner, said Thursday that any immigration legislation must win the support of a majority of his conference to move forward.

"For any legislation, including a conference report, to pass the House, its going to have to be a bill that has the support of a majority of our members," he said.

Boehner's comments cast doubt on the chances legislation will quickly reach Obama's desk.
Yesterday's meeting of the Senate was presided over by Vice President Joe Biden.

"According to the non-partisan Congressional Budget Office, modernising our immigration system and bringing these hard working immigrants out of the shadows and into our economy will improve our nation's balance sheet by nearly a trillion dollars over the next 20 years," said Biden.

Senator Ben Cardin called Senate passage of the Border Security, Economic Opportunity, and Immigration Modernisation Act (S. 744) an important step in the effort to return balance and fairness to the US immigration system, and essential to economic growth and security of the country.

"Make no mistake about it, the support this bill has generated here in the Senate will be impossible to ignore. I believe the support this bill will receive today in the Senate will propel it to pass the House and be placed for signature on the president's desk by the end of the year," said Senator Charles Schumer, one of the key member of the bipartisan group of eight Senators behind the legislation, popularly known as Gang of Eight.

"The bill will provide legal channels to connect workers with the jobs our economy needs. It will make it much harder for people without work authorisation to find jobs by implementing a mandatory employment verification system. It will also crack down on employers who knowingly hire and take advantage of undocumented workers by dramatically increasing the penalties they face, including significant jail time for repeat offenders," said Senator Tom Carper, Chairman of the Homeland Security and Governmental Affairs Committee.

"Today we are one step closer to the biggest overhaul of our immigration laws in a generation. This bill will allow us to attract the talented and hard-working people who want to come and stay here to work and start businesses and help our economy grow," said the Partnership for a New America led by the New York Mayor Michele Bloomberg.

The Los Angeles Mayor Antonio Villaraigosa, said the bill marks a very significant step towards re-imagining the broken immigration system into one that stimulates the economy and ensures that everyone plays by the same set of rules.

"I applaud the hard work and consensus building demonstrated by the team of Senators who found common ground for the good of the country. And I'm happy the Senate has outlined a fair and achievable pathway to citizenship for the 11 million undocumented immigrants living in the shadows," he said.

With the Senate passing the bill, Democrat Leader Nancy Pelosi said now it is the House's turn to act.
"The bipartisan taskforce of seven has been hard at work on legislation that echoes the spirit of the Senate bill and upholds our basic principles: to secure our borders, protect our workers, unite families, and offer an earned pathway to citizenship," she said.

"The House must bring up for a vote a bipartisan bill that embodies these principles so we can then work with the Senate in making comprehensive immigration reform the law of the land," Pelosi said.
By Thripthi Krishna Mohan at June 28, 2013