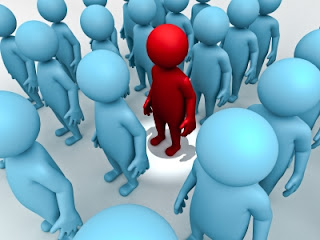 Dubai (June 20, 2013): Kuwait is likely to scrap the sponsorship system for hiring labour force in the private sector, including the recruitment of expatriate workers, to fight visa trafficking, a media report said on Thursday.

The new system would help efforts to fight visa trafficking by preventing job providers from issuing work permits they can sell to workers, a Kuwait Times report quoting insiders in the Ministry of Social Affairs and Labour (MSAL) said.

According to the report, MSAL is expected to establish the Public Authority for Labour Affairs as a first step towards cancelling the sponsorship system for private sector labour force.

After the system is abolished, the new authority will handle all matters pertaining to private sector employees, including recruitment of expatriate labour forces and management of their relationship with their employers.

“The sponsorship system will be replaced with an alternative system that allows the MSAL to be responsible for expatriate labour forces,” the report quoted an unnamed official as saying.

The sponsorship or kafala system contains loopholes that are often used by visa traffickers to issue work permits through fake companies or nonexistent job openings before selling them to unskilled labourers seeking work opportunities in the Gulf.

The Kuwaiti parliament had last month passed a bill to set up the authority, two years after the enforcement of the private sector's labour law in 2010.

“The delay was caused by political circumstances, as well as the fact that the law needed amendments with regard to the authority being affiliated to the ministry instead of being independent,” the unnamed official added.

Discussions are also on to change some terminology as per international standards. For instance, the word 'sponsor' needed to be replaced with 'employer', and the term 'expatriate labour' needed to be changed to 'foreign workers'.

There are nearly 90,000 people living illegally in Kuwait, the report said. The 2.6 million expatriates in Kuwait account for 68 per cent of the country's total population of 3.8 million.
By Thripthi Krishna Mohan at June 21, 2013