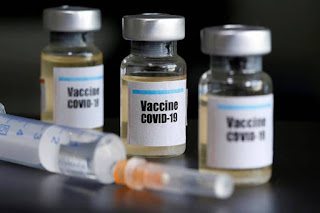 "Sechenov University has successfully completed tests on volunteers of the world''s first vaccine against coronavirus," Vadim Tarasov, the director of the Institute for Translational Medicine and Biotechnology, said. The first group of volunteers would be discharged on Wednesday and the second on July 20, he added.

According to Alexander Lukashev, the director of the Institute of Medical Parasitology, Tropical and Vector-Borne Diseases at Sechenov University, the objective of this stage of the study was to show the vaccine''s safety for human health, which was successfully done.

"The safety of the vaccine is confirmed. It corresponds to the safety of those vaccines that are currently on the market," Lukashev told Sputnik.

The further vaccine development plan is already being determined by the developer''s strategy, including the complexity of the epidemiological situation with the virus and the possibility of scaling up production, Lukashev added.

* The first group of 18 healthy volunteers got vaccinated on June 18.
* The second group of 20 volunteers received the vaccine on June 23 at the Practical Research Centre for Interventional Cardiovasology.
* The volunteers were males and females within the age group of 18 to 65.
* They receive a lyophilised vaccine or a powder from which a solution is prepared for intramuscular injection.
* Some participants reported headaches and elevated body temperature, however, the university said these symptoms resolved completely within 24 hours after vaccine administration.
* The participants have been kept in single or double wards on campus at Sechenov University.
* They will have to spend 28 days in isolation after the vaccine injection to protect them from exposure to other infections and after discharging they will be monitored for 6 more months.
* During isolation, the volunteers were offered psychological support.
* The Covid-19 vaccine developed by Gamaleya Institute is also being tested at Burdenko Military Hospital in Moscow.
* The military hospital is using the liquid form of the medication during the clinical trial.
at July 13, 2020