US immigration bill to increase H1B visa, but may sound death knell for Indian firms 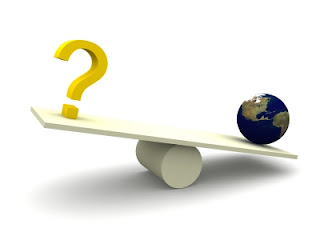 The sweeping US immigration bill, likely to be unveiled today, may propose a substantial increase in the much sought after H-1B visa, but the conditions imposed therein, if approved by the Congress, would prove to be a death knell for Indian-American companies.

The bill moved after months of closed-door meetings by a group of eight bipartisan lawmakers, known as the Gang of Eight, aimed at striking a balance between enforcement provisions sought by Republicans as well as Democrats, including making citizenship widely accessible to those illegally in America.

Given that India has a large pool of such IT professionals, analysts say any increase in the H-1B visas finally end up benefiting the Indian IT professionals, but unlike in the present scenario when they are hired mostly by Indian companies, it would benefit the US companies the most and prove to be a big disadvantage to companies like TCS, Wipro and Infosys.

According to Politico, the eight senators would increase the current number of H-1B visas from 65,000 to 110,000, which could be increased to 180,000 visas based on demand for high-skilled jobs.

Companies that get 30 per cent or more of their workforce from H-1B visa holders would have to pay new fees.

"Starting in fiscal 2014, companies with more than 75 per cent of their workforce made up of H-1B visa holders will be banned from bringing in any additional workers. In 2015, that number goes to 65 per cent, and to 50 per cent in 2016," Politico reported.

Notably, the US India Business Council (USIBC) in a letter to the Senators had opposed such a provision.

"Our greatest concern centres on proposals that would preclude access to visas or impose unworkable visa-related restrictions and fees on a company's ability to sponsor H-1B and L-1 visas based upon their business model or the composition of its local workforce," USIBC President Ron Somers wrote in a letter to the group of eight lawmakers.