240,000 Indian immigrants on path to US citizenship 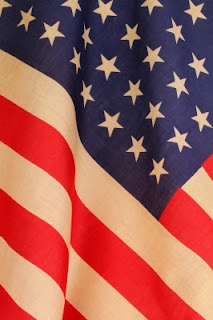 Washington: Over 240,000 illegal Indian immigrants in the US could be soon on their path to obtaining citizenship under a "big deal" reached by a bi-partisan group of influential Senators but uncertainty remains for the tens of thousands of highly skilled Indians seeking a Green Card.

Described by the White House as a "big deal", the compromise announced by the group of top eight Senators proposes a path to citizenship for 11.5 million illegal immigrants of which more than three-fourths (77 per cent or 8.9 million) are from North America, including Canada, Mexico, the Caribbean and Central America.

"We have come together on a set of bipartisan principles for comprehensive immigration reforms that we hope can pass the Senate in an overwhelming and bipartisan fashion," Senator Charles Schumer said after he and a bi-partisan group of seven influential Senators came up with set of principles for comprehensive immigration reform legislation. Mexico alone accounts the maximum 6.8 million illegal immigrants.

The Department of Homeland Security in its report released in March 2012, estimated that there were 240,000 illegal immigrants from India in 2011, which are now going to benefit from this immigration reform.
Among the Asian countries, India is ranked third when it comes to illegal immigrants after China (280,000) and Philippines (270,000).

India has registered quite an increase in illegal immigrants, which was about 120,000 in 2000, said the report of the Department of Homeland Security.

It was way back in 1986 that the US had last come out with a path to citizenship for an estimated three million illegal immigrants.

However, neither the Senators and the President Barack Obama's blueprint posted on the White House mentioned lifting the country specific quota on Green Card, a major drawback in the current immigration system, which has resulted in an agonising long wait for permanent residency for tens of thousands of Indian Americans.

The deal reached by the bi-partisan group of Senators talks about giving Green Card to those who earn a PhD or Masters degrees in science, engineering, technology and maths, which is again going to benefit students from countries like India and China the most.

In addition, there are limits to the percentage (seven) of visas that can be allotted to each country.

As per the latest visa bulletin, the Green card wait period for Indians in the most popular EB3 (employment-based) is more than a decade.

An October 2011 analysis by the National Foundation for American Policy concluded wait times for wait time for Indians under the existing plan could be up to 70 years, while that for the Chinese could be two decades.

New York Mayor Mike Bloomberg has been one of the most ardent advocate of lifting of country specific quota on Green card and elimination of Congressional mandated limit on H-1B visas.

"Right now, the cap on H1-B visas and Green Cards is much too low. And caps on Green Cards are set by countries, so Iceland actually gets the same number of visas as India. That may be fair to those two countries, but it's certainly not fair to American business and to Americans," Bloomberg had said recently.