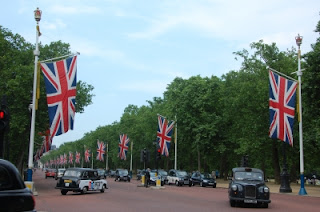 Thought by many to be due to the financial squeeze on the nation’s over-65s, almost one million pension-aged Britons are still working into their retirement. Over just the past two years, the figure has increased by almost 100,000.

The numbers come from the Office for National Statistics’ Labour Market Survey. It stated that between January and March of this year, almost one million, 980,000, retired people held some sort of employment. Figures from two years earlier show that during the first three months of 2011, only 883,000 retired people were in employment.

Some Preparation Required
Poor investment returns on savings, as well as low annuity rates may push many workers to delay retirement, or to keep working part time after it. Seeking an annuity quote is one way of preparing for the reality of retirement, as many have no idea of what income range their pension pot will provide when they retire. Getting pension projections or consulting an independent financial adviser before retirement, with ample time to change savings strategies, could keep people from ‘retiring blind’ into a disappointing financial situation.
According to the Daily Mail, Steve Lowe of Just Retirement has said the latest figures highlight the importance of starting to save for retirement early. Adequate retirement savings can make working past 65 a choice, rather than a necessity, he pointed out.

Lowe said that as the number of people working past the state pension age “creeps towards one million, it is vital to encourage all those approaching retirement age to properly plan for stopping work so they can make the most of their precious pension savings and other assets.”

Forgotten Pension Credit
The DWP also claimed that was the reason why about 147,000 fewer people claimed pension credits this year compared to last, an option available to those with low incomes in retirement to top it up to about £142 per week.

However, experts like Mr Lowe show concern with this number, explaining that along with the council tax credit, pension credit is the benefit that is most frequently left unclaimed by eligible pensioners.
He points to their research, which shows that more than 20 percent of pensioners are missing out on benefits totaling £655 per year, on average.
By Thripthi Krishna Mohan at May 31, 2013