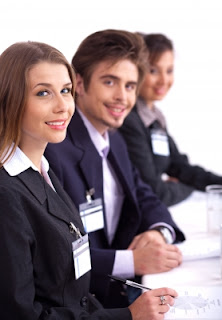 New Delhi: At a time when the UK is mulling hefty visa cash bond raising concerns here, France today announced a slew of India-specific measures easing visa norms for those wanting to pursue higher education, a move that is expected to increase the inflow of Indian students to that country. "There is no competition between the UK and us. We have our own visa policy, they (the UK) have their own visa policy," French Ambassador to India Francois Richier said here.

France, he said, is not challenging anybody but has introduced a number of measures to enable Indian students to study in his country. "It is about opening our arms and hearts for Indian students by facilitating their stay, not only in their visa area but other things like training, taking care of jobs when they are back in India. It is a package thing," Richier told PTI.

The French envoy said that since France shares a genuine partnership with India, it has chosen to open its frontiers even wider to Indian students. He said that following the visit of French President Francois Hollande in February this year, a number of measures have been taken to facilitate the issuance of visas for Indian students, the creation of a "France-India" network as well as an increased number of scholarships offered by the French Embassy and its corporate partners.

In order to facilitate travel to France for all Indian citizens who have studied in France, Richier said that as of July 14, all Indian citizens who have graduated from a French higher education institution subsequently applying for a tourist or business visa for a trip to France, will be given a visa with a long period of validity - up to five years if the studies in France were at the Master or PhD levels.

Asked if it was a general policy applicable to all foreign students, he said the new visa measures have been taken at the Embassy level and is applicable to only Indian students.
By Thripthi Krishna Mohan at July 07, 2013